Proposition 10 could change everything about the L.A. rental market 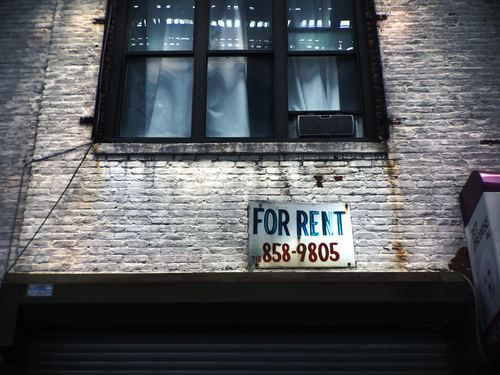 Photo by Jose Alonso on Unsplash
I was able to catch up on real estate news this week and headline caught my eye that I feel a lot of people pay attention to, especially in a city like Los Angeles that has a very large population of renters and that is... rent control a topic near and dear to all of our hearts and I think one that we all talk about too, in one way, shape or form, no matter who you are. You can be a renter or a landlord slash property owner and you are going to be paying attention to the rules and guidelines that Los Angeles has for us when it comes to rent control. This upcoming election in November, there is going to be a proposition that is going to impact both groups, renters and owners - Proposition 10.

Proposition 10 is a measure that is going to repeal the 1995 Costa Hawkins Rental Housing Act. And what that Act did is it limited the rent control policies that could be rolled out by any city in California. For example, cities could not say that single family homes or condos would fall under rent control. It prevented that from happening and in some areas even duplexes and triplexes were exempt from rent control. If you pay attention to the laws in Los Angeles, you also are familiar with the rule that any multifamily buildings built after 1978 are exempt from rent control. That's a touchy subject for renters and landlords because renters feel that without rent control there is lots of uncertainty in their outlook of long term housing costs.

For example, if you were to rent something in a newer building, something built after 1978 and you're paying $2,000 a month, once that lease is set to renew, your landlord would have the right to increase rent up to a number they believed is fair market value, which is the term used to say, "this is what this unit should rent for in the market today." That number can exceed three to five percent increases, which outpaces the historical average of annual rent control increases. That can be concerning for people when their housing costs increase by five percent or even 10 percent in some circumstances year over year. You would get priced out of those units. People in Los Angeles are going to be paying very close attention to the vote on Proposition 10.

If this does pass and the Costa Hawkins Housing Act is repealed, then that means cities like Los Angeles will have the right to expand rent control to properties that wouldn't have qualified under this act. That would include condos, single family homes, or units, buildings that were built after 1978. Imagine Los Angeles deciding that properties that previously didn't fall under rent control now falling under rent control. That would be a major shift in the economics of renting and property ownership throughout the city!

I strongly encourage that you vote so that your voice is heard. It's going to be interesting to see what happens with this. There's obviously some very large groups backing both sides. You've got large investment groups, investment firms, and equity firms that have a position against this measure. On the other side are groups that support expanding rent control as they believe it's protecting affordable housing. Hopefully you have an opinion on this and you feel that this is something worth voting on. If you have comments please share them wherever you find this article. We love dialogue and we feel it’s important to hear from you. Thanks for reading!

A Tale of Two Markets [INFOGRAPHIC]
What's Your Home Actually Worth?
What’s Ahead for Real Estate in 2019?

Mortgage Rates Across Time [INFOGRAPHIC]
5 Homebuying Acronyms You Need to Know [INFOGRAPHIC]
How Does the Supply of Homes for Sale Impact Buyer Demand?
Things to Avoid After Applying for a Mortgage
4 Tips to Sell Your Home Faster

2019
January
What’s Ahead for Real Estate in 2019?
February
Top 8 Home Design and Remodeling Trends for 2019
March
What's Your Home Actually Worth?
May
Home Buyers Are Optimistic About Home BuyingVIDEO - When you get away, get away to your own homeAre Recession Concerns Growing?A Tale of Two Markets [INFOGRAPHIC]4 Tips for Making A Competitive Offer3 Things To Avoid After Applying for a Mortgage [VIDEO]Top Days to List Your Home for Sale [INFOGRAPHIC]Starting the Search for Your Dream Home? Here Are 5 Tips!4 Most Popular Bottom Line Investments in AmericaThe Impact Staging Your Home Has On Your Sale Price [INFOGRAPHIC]Should You Buy a Home Now or Wait Until Next Year? [VIDEO]2 Things You Need to Know to Properly Price Your HomeThe Ultimate Truth about Housing Affordability
June
We Like L.A. Provides Free Museum Cheat Sheet for JuneHow Homeownership Delivers Unsurpassed Family WealthExperts Agree: Home Prices Will Rise This Year! [VIDEO]2 Myths Holding Back Home Buyers2019 Summer Buyer's Guide
July
Will Your Remodel Pay Off? The Best (and Worst) Ways to Spend Your Budget[VIDEO] 3 of the Reasons People Are Selling Their Houses Right NowIs Mortgage Debt out of Control?
August
10 Steps to Buying a Home This Summer [INFOGRAPHIC]Know What to Expect at Your Home InspectionWhy Is So Much Paperwork Required to Get a Mortgage?5 Real Estate Reality TV Myths Explained4 Tips to Sell Your Home Faster
September
Things to Avoid After Applying for a MortgageHow Does the Supply of Homes for Sale Impact Buyer Demand?
October
5 Homebuying Acronyms You Need to Know [INFOGRAPHIC]
November
Mortgage Rates Across Time [INFOGRAPHIC]
2018
July
CicLAvia event from Hollywood to Walt Disney Concert Hall
August
Is Los Angeles Rent Control expanding?California Inventory Increases for Third Consecutive MonthHave Real Estate Inventory Levels In Los Angeles Rebounded?
September
Can Las Vegas Tell the Future of the Los Angeles Real Estate Market?
October
We Like LA Highlights 33 Activities for OctoberSome Landlords Raising Rents to Get Ahead of Proposition 10$500 Million Gets You A Future LAX Metro Station